In Which I Am a Hooker

And by hooker, I mean crocheter, of course!

One of the projects I packed for the trip was a skein of handspun, a crochet hook, and the pattern for my friend Amy's Dalgada Cowl. It's been years since I crocheted following a pattern (I've mainly just used it for cast ons and edgings), so this was a big challenge for me.

I finally sat down to start it yesterday. The first attempt did not go so well. You know that direction in knitting patterns to join for working in the round, being careful not to twist? Yeah, it turns out that that's also important in crochet. I finished several rounds before I realized that I didn't have a twist but rather several twists. Oops. I ripped it out and pondered how to keep from twisting and to make it easier to see the stitches in the chain for the first round. Then I had a revelation.

One cast on that I've used for a provisional cast on is a crochet cast on -- one in which I crochet around the knitting needle. I didn't see why this wouldn't work for my chain. Instead of knitting into the loops on the needle, I could just keep the needle there, flip the loops around, and crochet into the stitches on the other side. I figured that would keep it easier to keep the loop from twisting, plus it'd be much easier to get into each chain correctly. 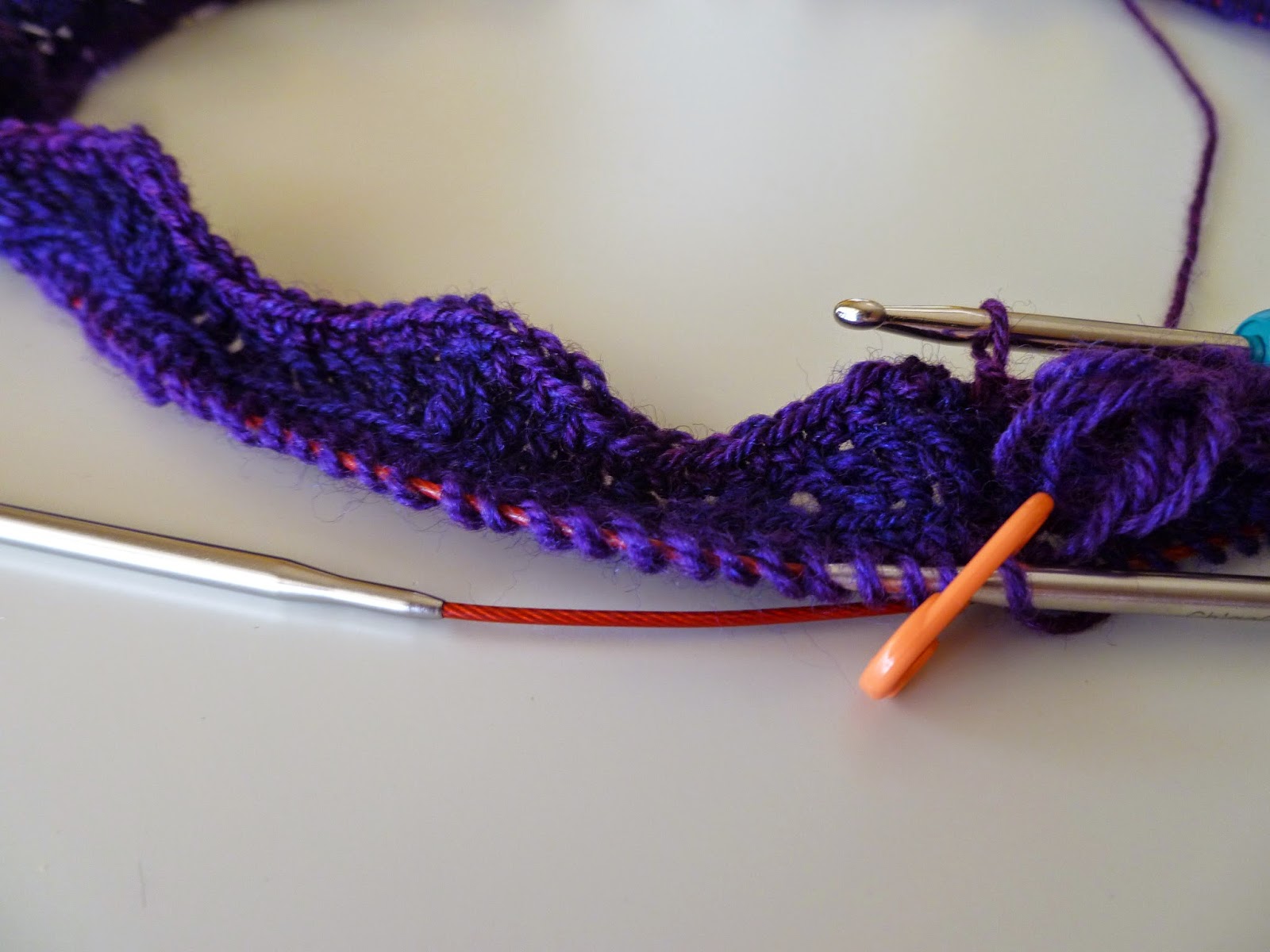 I'm feeling quite proud of myself for figuring out a solution to this problem, an unorthodox as it may be. The crocheting is going slowly, but I have a feeling it'll speed up as I get the hang of it.

If you are celebrating today, I hope you have a wonderful Christmas with the ones you love. I'm off to go sit in the sunshine!
Posted by Sarah at 12:19 PM