After spinning cream-colored fiber for a month, I needed some color. So earlier in the week I started spinning my November Fat Cat Knits fiber club shipment. As a reminder, here's what it looked like: 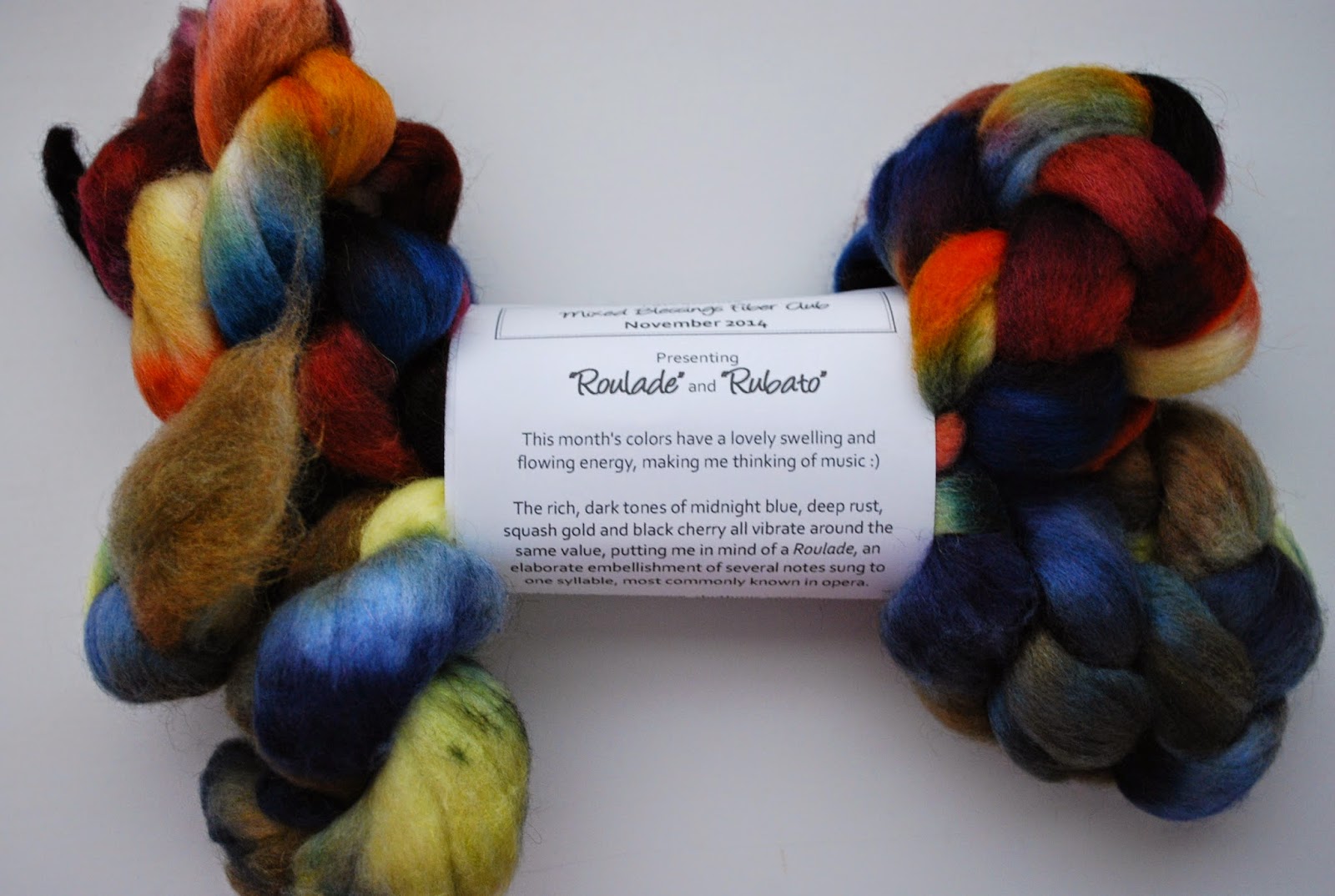 I started started with Roulade, the colorway you see on top in the photo above. I finished up the first bobbin on Friday night, and if you look closely, you can just see the sparkle (though perhaps not in this photo -- it's really subtle). 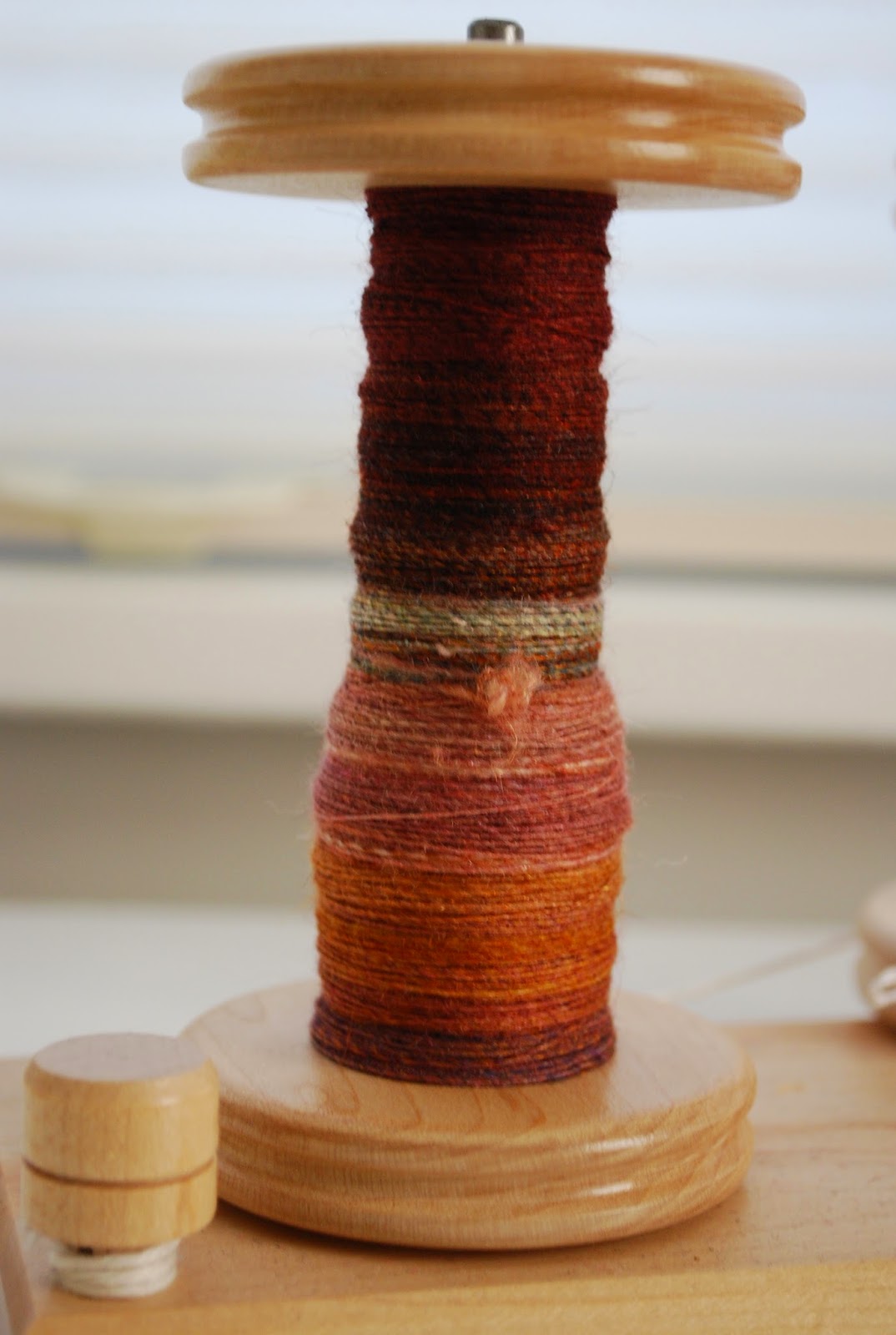 The second bobbin has just barely been started, but I'm hoping to spend some time on it later today or this evening. 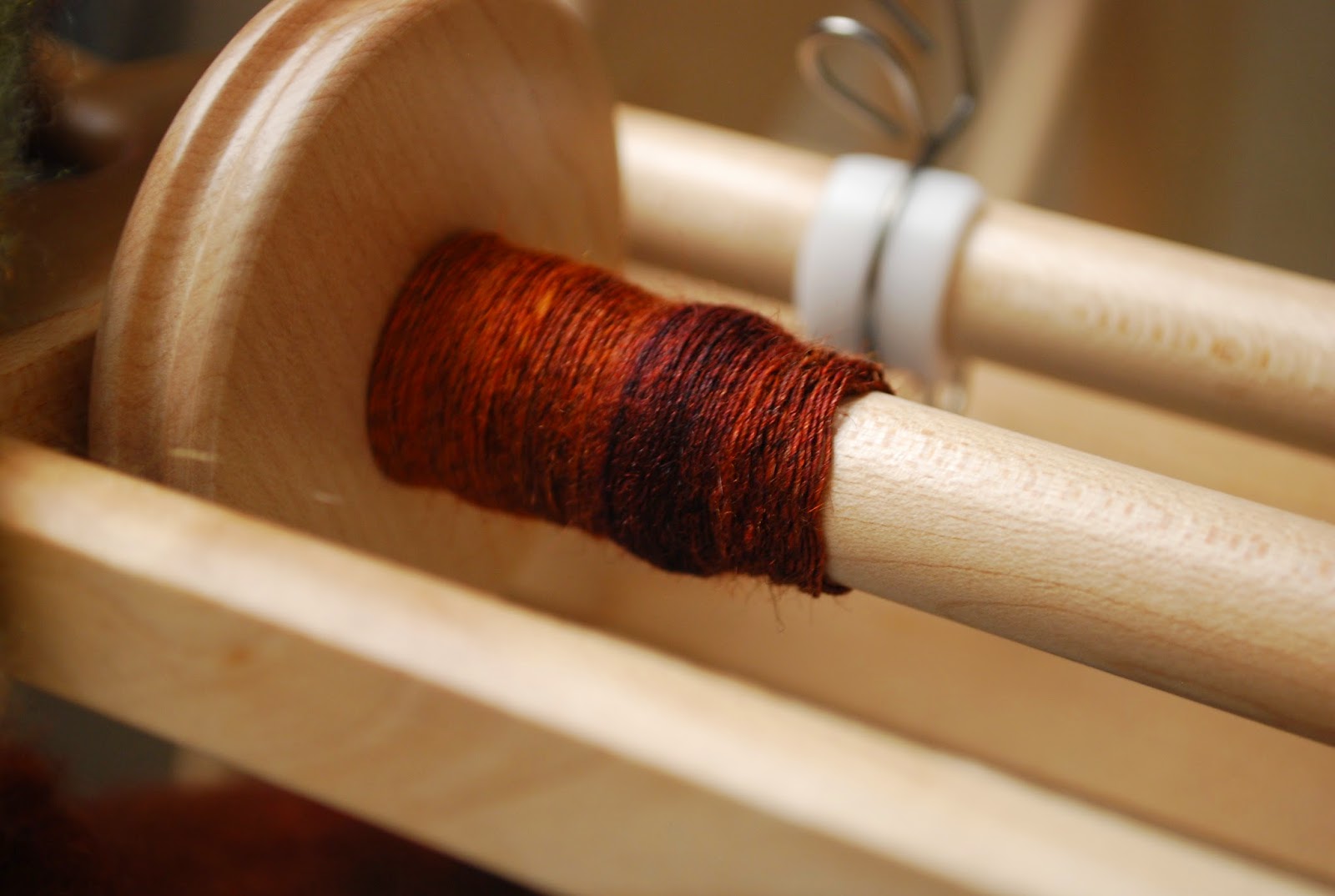 Meanwhile, my final club shipment for the year showed up on Thursday, and it's another beauty. This shipment is natural black and ecru Shetland swirl. The mix of natural light and dark makes for a very interesting variety of shades. 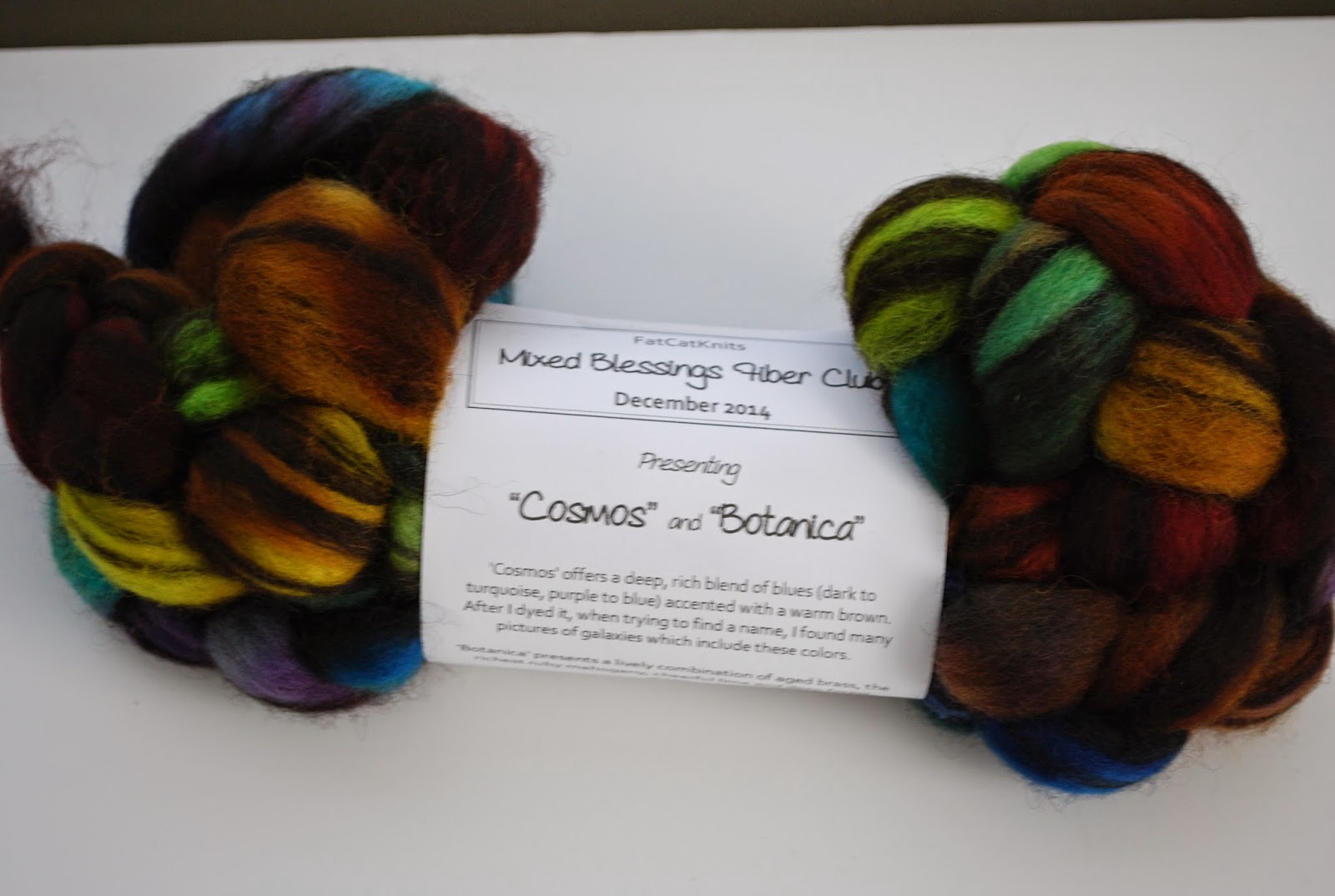 The colorways this time are called Cosmos and Botanica. The Cosmos braid is underneath in the photo so it's a bit hard to see, but it's shades of blue, purple, and brown. Botanica, on top, has greens, reds, oranges, and browns. I will have to ponder how to spin these for a while, though a certain someone has already asked if they could be turned into mittens.
Posted by Sarah at 10:35 AM