I Should Just Make It

I'm sure none of you will be surprised that I'm still working on the same two projects I talked about in my last post, my handspun Coaxial Hat and the Pashmina cowl. I have been dividing up my evenings so that I work a bit on both of them (though, truth be told, the cowl is getting a bit more attention because I've been working on it at lunch as well).

I started the crown decreases on the hat last night and got through the first eight rounds, so I believe I only have about 24 more rounds to go before it's done. It's already easier to maneuver on the needles now that some of the stitches have been decreased away, and I expect that the rounds are going to get a lot faster now that I'm working with fewer stitches. I do really like how the decreases were worked into the pattern so that the areas of both colors are getting narrower. 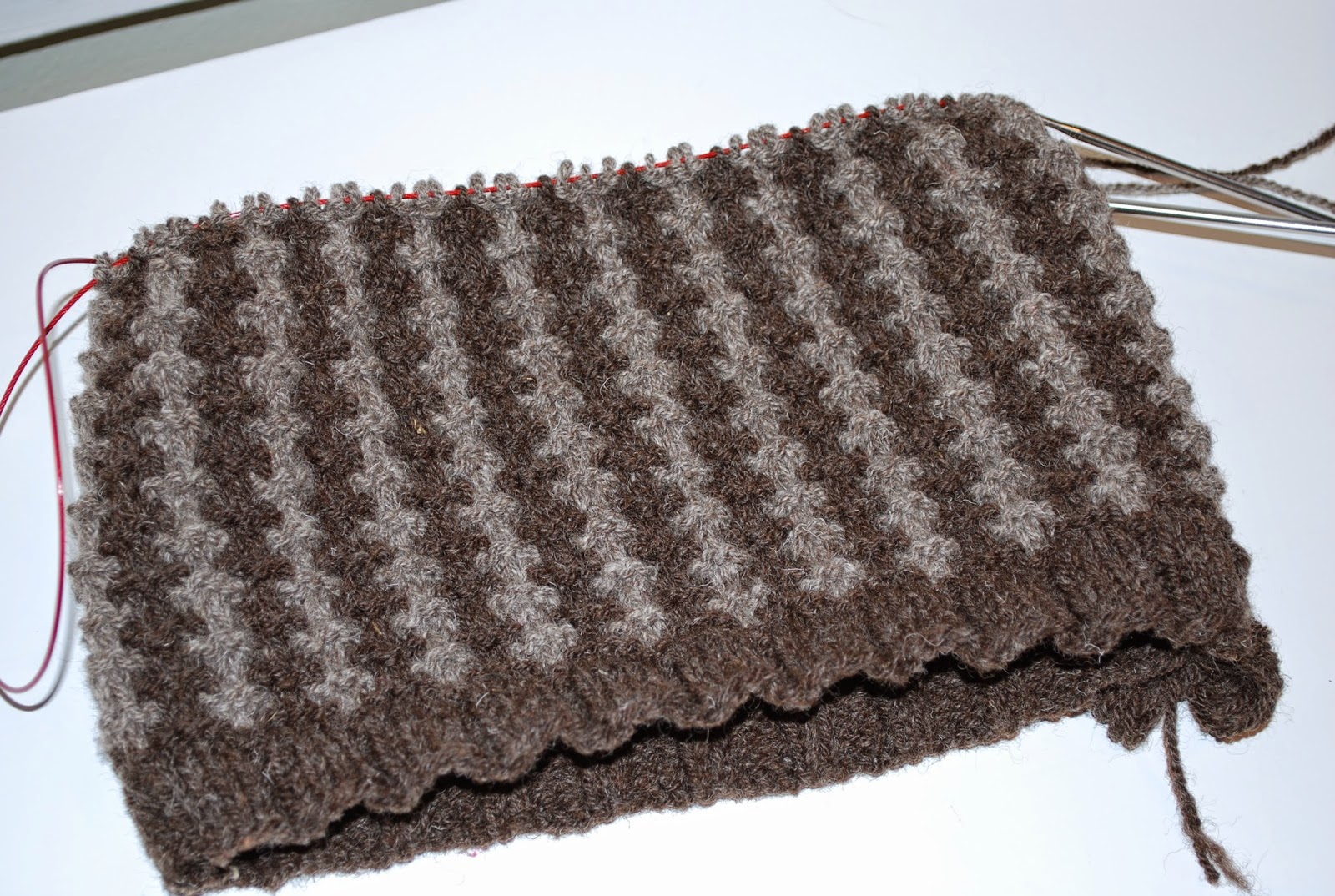 The cowl, although more comfortable to knit, has been the more concerning of the two projects because I wasn't sure if I could get all the pattern repeats I'd intended out of the one skein of yarn. My intention was to use as much of it as I could without having to play yarn chicken at the end. I tried to deal with this issue by weighing the skein at the beginning, and I've been weighing it again after each pattern repeat. I was hoping to be able to do four repeats (with an inch or so of ribbing at the beginning and end), but it was looking like it was really going to be close. I finished the third pattern repeat last night and weighed what I had left: 39 grams. The ribbing and the beginning and one repeat took 36 grams, so it looks like I have just barely enough. I think it's still going to be a bit of a nail-biter, though. 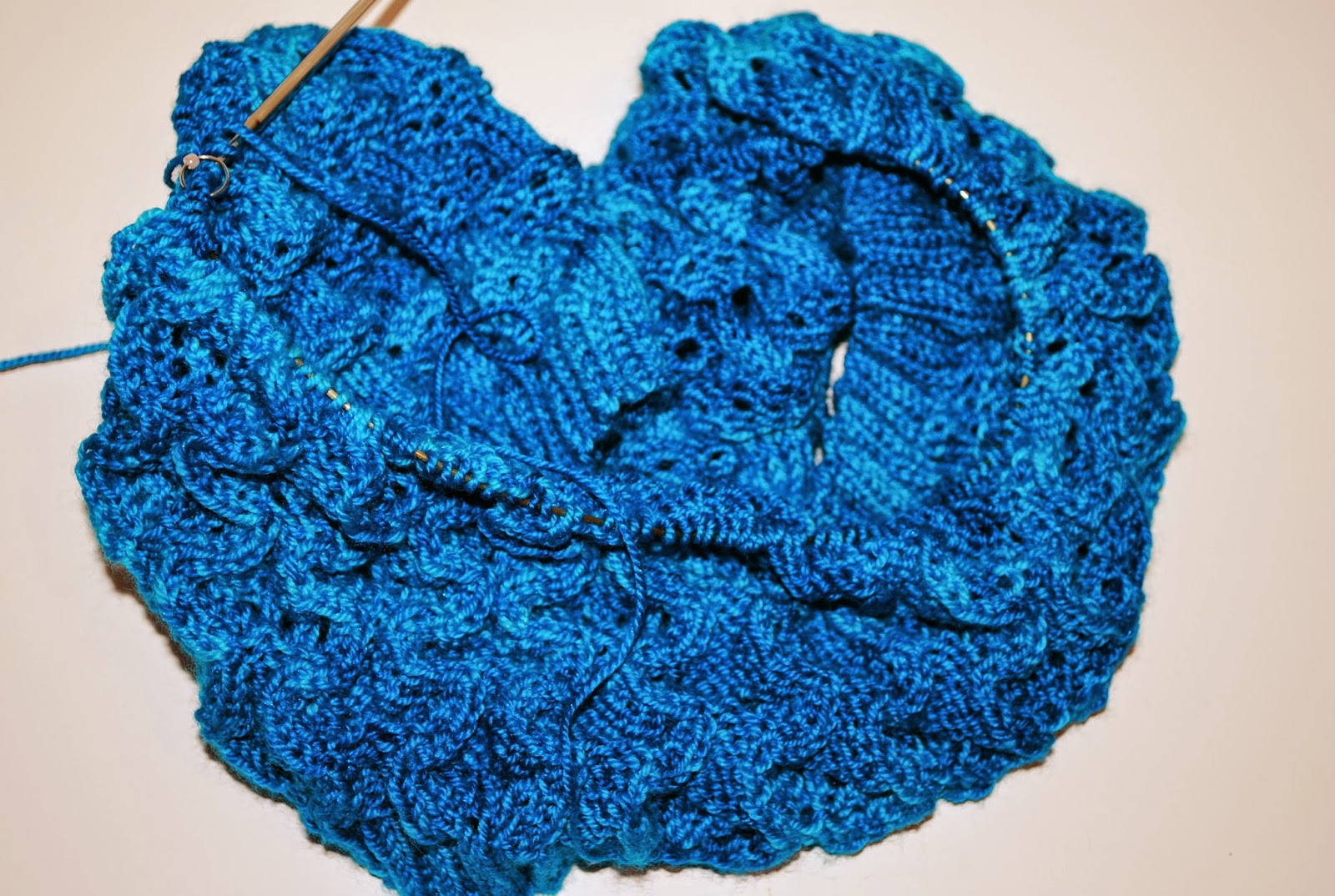 If I can continue the pace I've set thus far, I should have this done by tomorrow evening and blocked by the weekend. I can't wait to block it and see it transformed from a wiggly, bunchy thing into something open and airy.
Posted by Sarah at 8:03 PM