My Holiday Knitting Is Done

I'm sure some of you who are still knitting madly to finish your holiday knitting are probably feeling some pretty strong resentment toward me right now, but please take the title of this post in this context: I only knit two smallish things as presents this year. This month is going to be a whirlwind of activity (crazy days at work, parties, Rainbow's birthday, Chanukah, and vacation at the end), so I knew better to overcommit myself. Every member of the family has already gotten at least one knit item from me except for my soon-to-be sister-in-law. She and my brother-in-law got engaged just a couple of months ago, and as he's the type that we all thought would never settle down, I wanted to make her some nice things to induce her to stick around.

As it happened, I ended up making both projects for her in handspun, so she's really getting the nice stuff. You already saw the slouchy hat I made her in Fat Cat Knits superwash merino. Last night, I finished up the second part of the gift -- a pair of Metropolis Mitts in All Spun Up superwash merino that I spun years ago (perhaps as far back as 2009, judging from the dates on the Ravelry page). 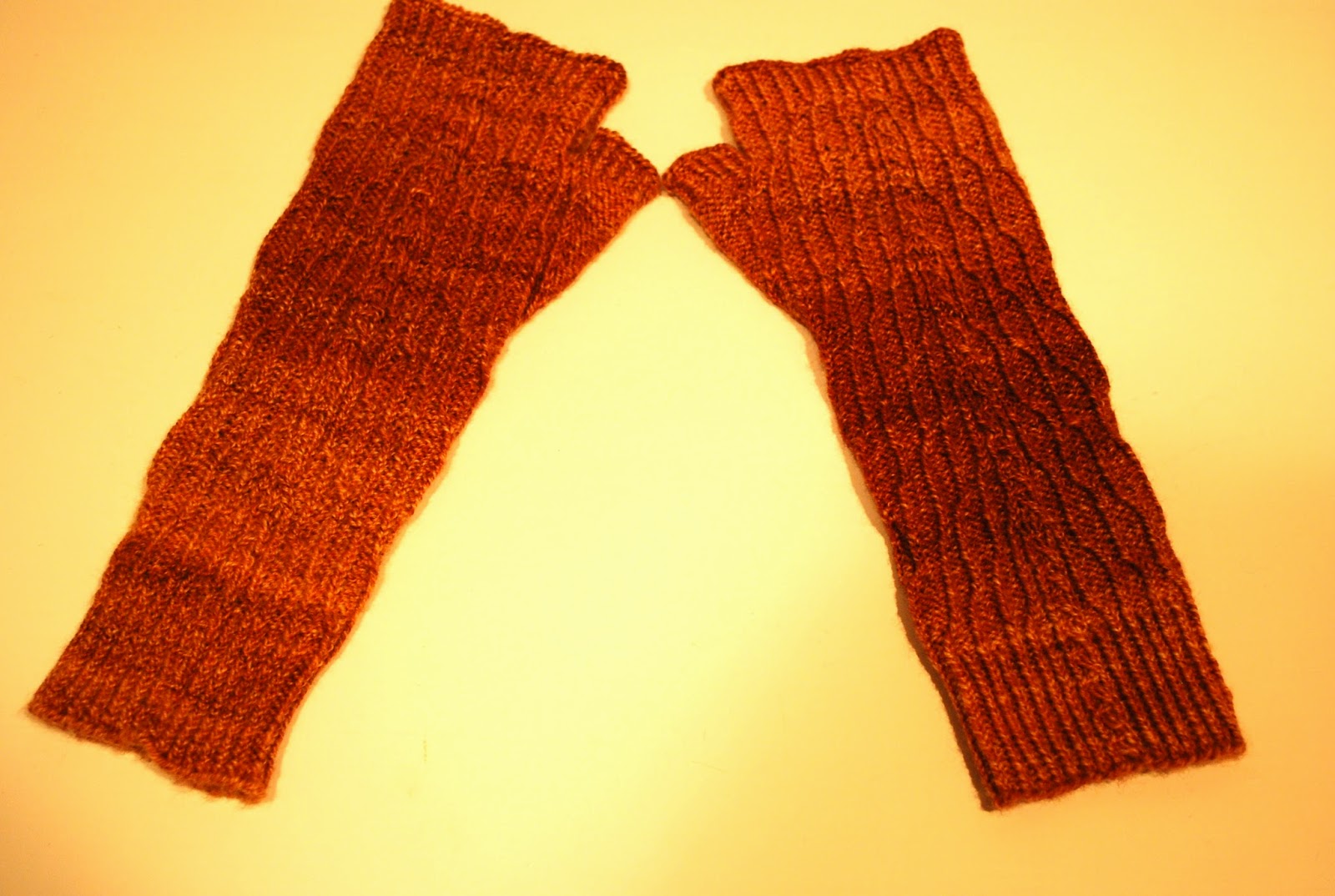 I can't say enough good things about this pattern. You would think that with all the twisted stitches they would be a bit of a slog, but I found that they actually moved along quite nicely. The second mitt went even faster than the first because by then I knew what was happening and could anticipate some of the traveling stitches' moves. My only complaint about the mitts is that it was a little trickier to weave it my ends because the inside is mostly stockinette (as the outside is twisted stitches moving over a reverse stockinette background), so my finishing was perhaps not as tidy as it normally is. 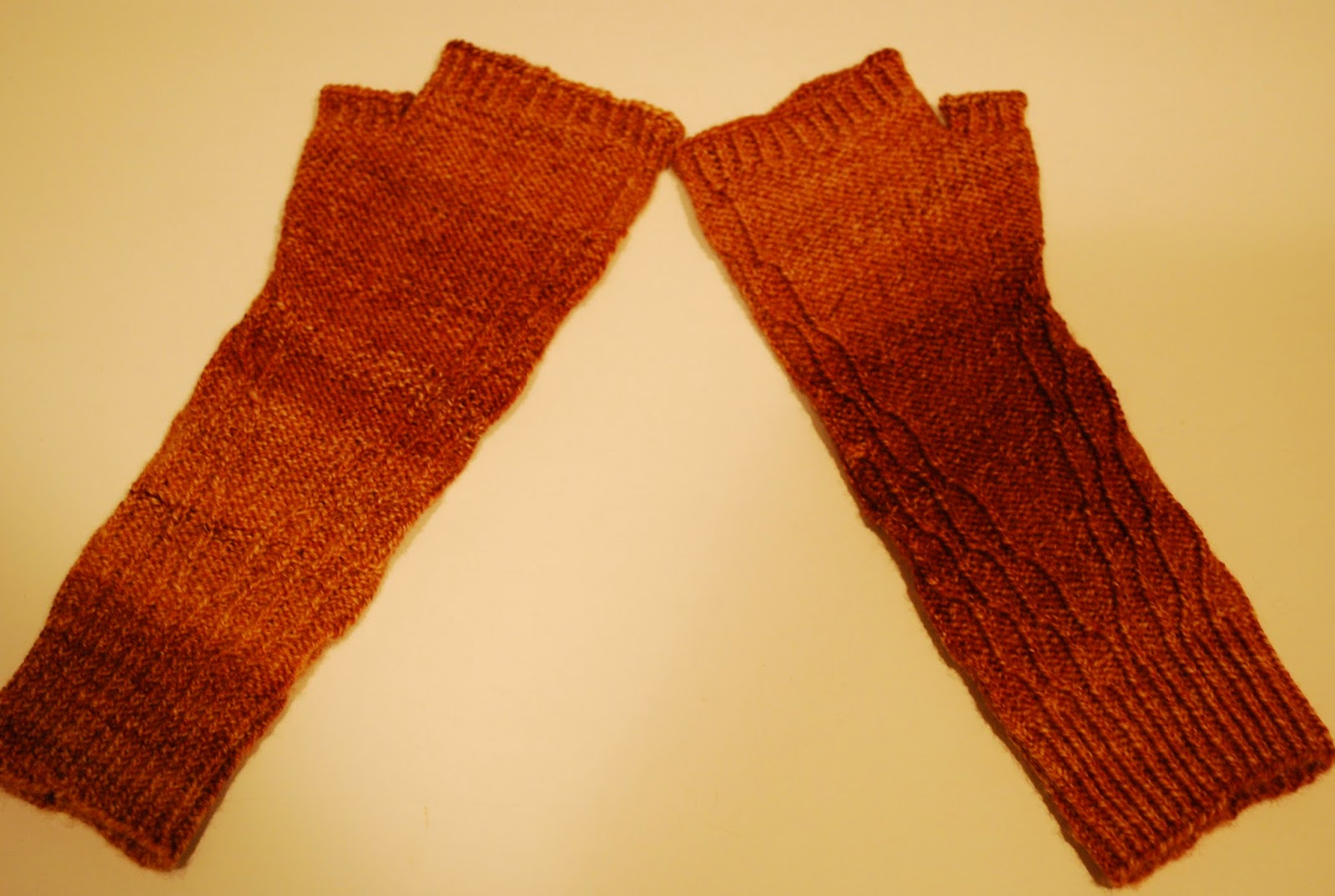 I did make one little oops on these that I only discovered as I was finishing up the second mitt last night. Apparently the twisted ribbing at the top of the hand was meant to be 1 1/2 inches long, but when I was working on the first mitt, I misread it (probably because the 1 was at the end of one line and the 1/2 was at the beginning of the next and I was not reading slowly enough). It's not a huge deal, and I made the second mitt to match the first anyway. Had I not gone back to double check the directions, I probably never would have noticed.

I knit these as part of the Indie Designer Gift-a-long on Ravelry, which is still going on in full force through the end of the year. I still have to weigh the finished mitts and the leftover yarn to see if I might be able to eke out another pair for myself, but I will definitely be knitting some for me in the future regardless.
Posted by Sarah at 8:47 PM