I finally made it out to knit night last night -- I hadn't been in a month -- and it was so nice to have some dedicated, uninterrupted knitting time. I made decent progress on sleeve #1 of my Vitamin D, although it seemed like the sleeve was going a lot slower than the body went. I had to knit to 8 cm before I started the decreases, and it seemed like it took most of the time I was out to get to that point. 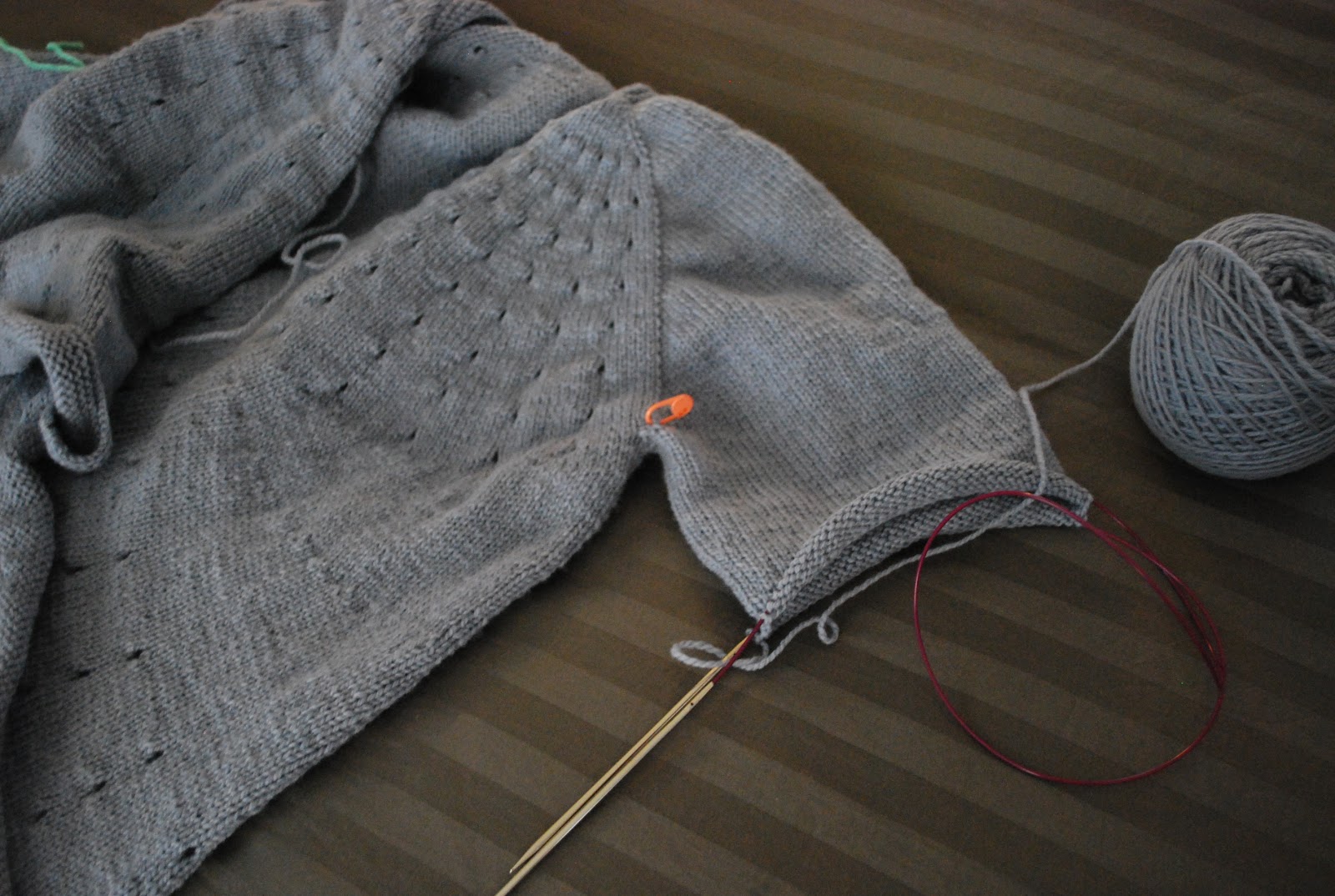 Now, however, I'm two sets of decreases in (out of a total of eight) and things seem to be moving more quickly. I'm working the sleeves in the round (the pattern has them written flat and seamed, which I really didn't see the need for) and will probably extend them to be full length rather than three-quarters.

I'm also zooming ahead on my socks and have finished the leg and started the heel flap of sock #2. Now that I've got the pattern memorized and don't have to refer to the chart, I can get in a few extra rounds during my limited knitting time at lunch.


I'm anxious to have a new pair of socks in the rotation because, shortly after publishing my last post, I realized the socks I was wearing were developing thin spots in the exact same spot in the heel flap. This really surprised me, because these socks aren't as old as the others and did have a reinforced heel -- not to mention that I didn't wear them all that often (largely because they've always been hard to get on, not having much stretch, and always felt a little crunchy to me).

As much as I'm anticipating having a finished sweater (which I'll need now that the office air conditioning is on at full blast) and a new pair of socks, what I'm really getting excited about is my lace shawl design class with Kirsten Kapur this Saturday at my LYS. It's a three-hour class, so there should be a lot covered. Designing lace has always been one of my personal goals and I'm really excited to see what I can do after the class is done. I have a huge pad of graph paper, colored pencils, and stitch dictionaries at the ready. Expect a run-down of the class after the fact!

Postscript: I want all of you who have encouraged me to darn the socks (or even offered to do it for me!) to know how much I appreciate it, but it isn't going to happen. Assuming I still had the small bits of leftover yarn that corresponded to these three different dyelots, I'd have to find them in the stash -- a Sisyphean task if ever there was one. Frankly, I'd much rather repurpose what's left of the socks and knit some new ones. There are so many full skeins of sock yarn in my stash that have been waiting for years to be used!
Posted by Sarah at 8:39 PM