Can you believe today is the last day of March -- already? This month has flown by, and after having gotten very lucky with some beautiful weather this month, we're saying good-bye as March goes out like a lion, with rain for most of the day and dropping temperatures that will have it turn to snow overnight. Yuck.

It's Wednesday, so it's time to link up with Kat and the Unravelers to talk knitting and reading. My knitting is very much the same as it was yesterday, though I finished the first of the scrappy charity socks yesterday afternoon and cast on for the second this morning. I did want to mention one important thing today, and that's that today is the last day for the so-called "classic Rav" option on Ravelry. The Ravelry team is still refusing to take accessibility concerns seriously, so I am joining in with those who are logging out of the site for the next three days. 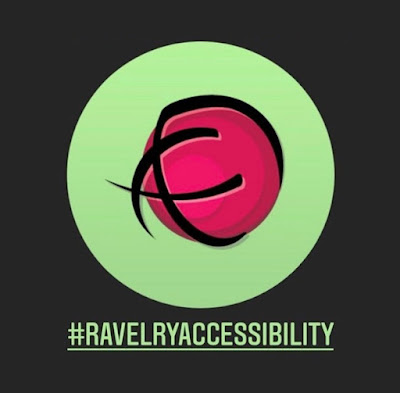 I have not personally suffered any ill effects from the Ravelry redesign (aside from finding the initial site to be a bit hard to look at), but I absolutely believe those who have suffered everything from eye strain to migraines to seizures. I've also been really disappointed in the response from the Ravelry team, especially after so many people stood up for them in the wake of the you-know-who ban. I do realize that they've dug themselves a deep hole now and that there are legal implications to them acknowledging that they screwed up, but they also cost themselves a lot of goodwill. I see in my job every day that accessibility is a real and important thing -- all the designs that my office produces now need to go through an accessibility check. And numerous people who know what they're talking about have put the new site under scrutiny and said that it's just not accessible. Even if the site was not causing physical issues, if it's inaccessible to some people, it should be unacceptable to all. I don't know if this boycott will make much of a difference, but it can't hurt to try. For the next three days, I will not be contributing to Ravelry by buying patterns or putting my eyes on ads (both source of revenue for them) or by adding any information to their database. I will not be paying my designing and advertising invoices when they pop up tomorrow. And I will not be linking to the site and driving traffic to it. If you are able to safely use the new Ravelry site but feel similarly that it needs to be fixed so that it's safe for all, I encourage you to join me in logging out and staying out.

Now, on to the reading! I've finished two books this week and should be able to add a third before the day is out.

Exciting Times is on the long list for the Women's Prize in Fiction this year, and because it was available without a wait from the library and Margene had said she'd enjoyed it, I decided to give it a try. Sadly, I found it to be very unexciting. The writing is good, but the main character/narrator annoyed me. I am not opposed to an unreliable narrator, but I find that it really turns me off a book if the narrator is just generally annoying or whiny rather than cunning. The focus of this book is the main character's relationships with two others and her constant indecision. I did empathize quite a bit with her sense of existential angst, something that I certainly went through in my early 20s, but I also wanted to tell her to snap out of it quite often. I gave the book 2 stars.

I wanted a bit of a palate cleanser for my next book, so I went with one I at least knew would be an easy read. I've really been enjoying Anne Bogel's podcast and have read two of her other books, so when she mentioned on the podcast that her Reading People was on sale this month, I immediately bought it. This isn't a book about people who read but rather about personalities and how understanding them can help you better negotiate your relationships and interactions with people. She readily admits that she's not a scholar or expert, so this isn't so much an in-depth study of personality as it is a summary of what she's learned over the years. I really appreciated how she included examples of well-known fictional characters to illustrate certain personality types. An easy and interesting read, I gave it 3 stars.

Currently, I am reading Sabrina & Corina, another collection of short stories about Indigenous and Latina characters that I heard about from Carolyn. I've got two stories left to read, so I should be able to finish it later today and then decide what to read next. I know that poetry will be in my reading forecast for April!

How about you -- what are you working on and reading these days?